Bulandshahr is steeped in history, culture and tradition. It is a developing city on the ghats of river Ganga, rich in craftsmanship, and a highly prosperous industrial hub. Bulandshahr has its unique identity and attracts tourist from all parts of the country. 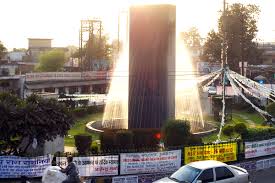 Kala Aam stands out as a historical tourist spot because of its significant role during British imperialism in India. At the time of the British Raj, Kala Aam was used as a public execution site, and stands as a testament to the Indian revolt against the British government in India. A very popular landmark for Kala Aam is the District Court of Bulandshahr.

Kala Aam is highly accessible from any parts of the city. One can take a local bus or auto rickshaw to reach Kala Aam.

Accommodation: There are plenty of accommodations to be found in the city of Bulandshahr including very affordable guest house, home stays to budget hotels. Several such hotels are within walking distance of Kala Aam.

Bhuteshwar Mandir has an endearing mythological significance. It is believed that at the time of Mahabharata, the Pandavas had once met Prajapati Daksh, the father-in-law of Lord Shiva at the Bhuteshwar temple.

Bhuteshwar Mandir can be reached from any part of the city via bus or auto rickshaw.

Several significant temples are located on the ghats of River Ganga in Bulandshahr. Temples such as Hanuman Temple, Maha Mrutunjay Temple and Mansa Devi Temple are popular sites of tourist destination.

The Hanuman Temple is dedicated to Lord Hanuman. A 40-feet-high statue of God as the incarnation of a monkey has been built. Lord Hanuman is deeply revered for physical strength and austerity. The major devotees of Lord Hanuman are wrestlers and Shaiva ascetics. Lord Hanuman is believed to ward off evil and according to Hindu mythology Lord Hanuman protects humans from the demons.

Maha Mrityunjaya Temple is dedicated to Lord Shiva. According to the Hindu religion, Lord Shiva is one among the divine trinity and is the Lord of destruction, meditation and penance. Devotees pray to attain salvation from the cycles of spiritual death. Devotees also pray to attain high powers of meditation. It is believed that chanting the Maha Mritunjaya Mantra would bestow upon the person self realization and freedom from all kinds of fear and negativity.

The Mansa Devi temple is dedicated to Goddess Mansa Devi. The Goddess is worshiped all over North India as a symbol of shakti. The temple is very popular with the locals. Devotees pour in the temple especially during the nine days of Navratra mela. 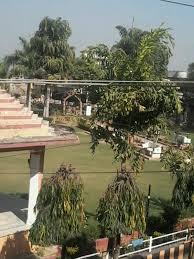 There are a few parks in Bulandshahr. The Ashok Park at Panchwati and Malka Park, which has the malka park tower are serene and very popular with the locals. Parks are a good place for picnics with family or friends. Gat a picnic box and pack it with plastic utensils, plates and napkins. People generally bring along a board game, frisbees, and softballs. Also do not forget to carry some soft bed sheet to spread on the grass, before starting the picnic.

Other interesting tourist sites in Bulandshahr are: