Places to Visit near Bulandshahr

Bulandshahr is surrounded by a few places of historical significance. Ahar, Anupshahr, Belon, Khurja, Chola, Karnavas, Sikandrabad and Valipura are nearest to Bulandshahr and can be easily accessed by cars or buses. Each of these places is renowned for historical ruins, temples, ghats of Ganga and factories. These places in the Bulandshahr district are highly populous with most of the locals employed in factories and agriculture. These destinations have decent infrastructure and affordable accommodations which make them very popular with the tourists all-year-round. Local cuisine is delectable. Seasonal festivals are very vibrant where tourists can gather popular handicrafts and lasting memories to carry home. 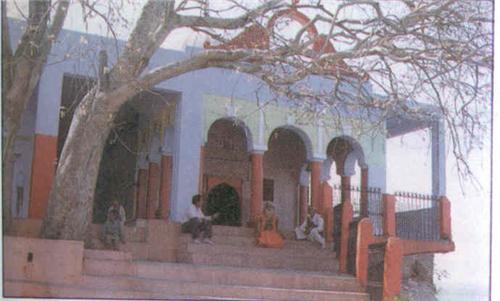 The distance between Ahar and Bulandshahr is 52 km. Ahar is easily accessible from Bulandshahr by a car or bus.

Ahar is a small town situated in Bulandshahr district. It lies on the Ghats of River Ganga and is renowned for the temples of Lord Shiva and Goddess Avantika. The ancient temple of Goddess Avantika draws in devotees from all parts of India throughout the year. The temple complex is unusually crowded with pilgrims during the festivals of Navratris and Shivratri.

Ahar has its origin from the time of the Mahabharata. According to the Hindu mythology, at the time of the Mahabharata Duryodhana, who was envious of the Pandavs, poisoned Bhima and threw him in the river to die. Miraculously Bhima had floatd to Ahar. Ahar was then ruled by the Nagvanshi rulers. The Nagvanshi rulers rescued Bhima and cured him. Thereafter, Bhima returned to Hastinapur.

To this day the ruins of the Nagvanshi period can be unearthed here. Coins belonging to this period have been discovered. 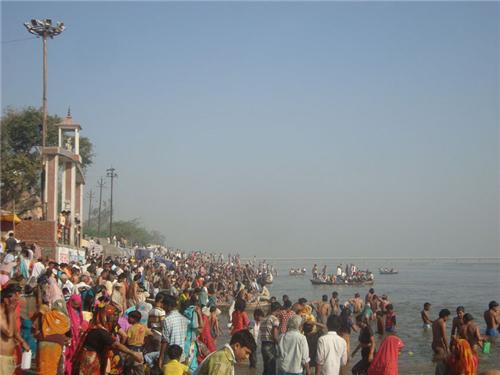 Anoopshahr is quaint town located on the ghats of River Ganga in Bulandshahr district. Best time to visit Anoopshahr is in February, March, October, November and December. Annopshahr is very popular with the pilgrims especially during annual festivals like Kartik mela. Anoopshahr has been dubbed as “Choti Kashi”. Locals conduct evening aarti and offer prayers on the banks of River Ganga, pilgrims and locals take baths in the holy river. Anoopshahr has several Hindu temples and guest houses to accommodate the pilgrims and tourists.

Anoopshahr holds testament to the bold uprising of the locals against the British during India’s War of Independence. Anoopshahr is an ancient town founded in the 17th centuary by Raja Anup Rai and it reached its most prosperous era during the reign of King Tara Singh. King Tara Singh made Anoopshahr a significant hub for the practice of Ayurvedic medicine. Legends have it that Anup Rai had saved the life of Emperor Jahangir during his lion expedition, pleased the Emperor had gifted this area to Anup Rai. King Anup Rai then established a town and fort in this area.

Khurja is situated 17 km away from the city of Bulandshahr. The town is famous for its exquisite ceramic products which are at par with international quality. More than five hundred factories in Khurja make pottery and ceramic works to cope with its demand in the local and international market. The factories are a source of income for the people of Bulandshahr. Khurja is easily accessible from any parts of Bulandshahr by auto rickshaws and buses. Khurja is situated 85 km from Delhi and is connected to Delhi and Aligarh by the Grand Trunk Road. 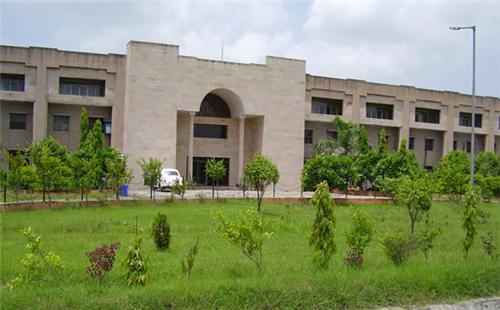 Chola is a small village located 11 km away from the city of Bulandshahr. Bibcol Chola Polio Vaccine factory is situated here and was founded in 1989. Bibcol is solely responsible for the manufacture of oral polio vaccine in collaboration with a Russian company. Since 1996, Bibcol has been formulating polio vaccine, according to WHO standards, required in the National Immunization Programme. The Bibcol Chola Polio Vaccine factory is a major tourist attraction.

Karnavas is very close to Bulandshahr city and the best to travel is by a taxi or an auto rickshaw. Karnavas is an ancient city and is a namesake of King Karna in the times of the Mahabharata. According to the legends King Karna also known as “danveer Karna" donated 50 kg of gold every day. Locals and tourists offer pray to Goddess Kalyani in an ancient temple. Karnavas can be reached from the main city by taking an auto rickshaw or taxi. 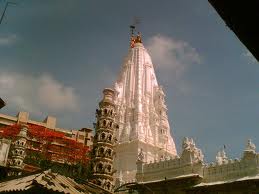 Belon is a small village situated in the Bulandshahr district. Belon is famous for the Belon temple. Devotees offer pray to Goddess Sarva Mangala. Locals come to the temple to seek blessings from the Goddess of wellbeing. Devotees visit the temple to get a glimpse of the diety, to chant prayers, and to receive happiness in different aspects of one’s life. The Belon temple is very popular with the tourists.

The foundation of Sikandrabad was laid in 1498 by Sikandar Lodhi. Historical monuments such as Chishti Saheb are locatd here.

Sikandrabad is located 18 km from Bulandshahr city and is an industrial hub. Sikandrabad has a different charm for tourists. It satiates the need of tourists who like to explore off-the-beat track. Different types of factory including cement, pharmaceuticals, paints, electronic, steel and textile are built in this area. Visiting the factories has an educational purpose and gives us an insight into how these goods are manufactured on a large scale. The Grand Trunk Road connects Bulandshahr to New Delhi.

Sikandrabad is in the Bulandshahr district and is connected to other major towns and cities through different roadways and railways. Dankaur station is at 6 km from Sikandrabad. Other cities like Noida, Dadri, Khurja, Gulaothi and Jhajjar are connected to Sikandrabad through major roadways.

Valipur is a quaint village situated on the ghats of River Ganga. A renowned Van Chetan Kendra, which is managed by the Uttar Pradesh government, is situated in close proximity to this area. The Van Chetan Kendra is serene and is a peaceful experience for travelers.