The origin of Bulandshahr district dates back to 1200 B.C. It is in close proximity to Indraprasth and Hastinapur, the seat of power of the Pandavas. After the fall of Hastinapur, the Pandavas ruled from Ahar located in the Bulandshahr district. Over the years a fort was built by king Parma in this region. Much later king Ahibaran established a tower which was called Baran. Since the tower was situated on an elevated land it was named Bulandshahr which in Persian means “high city”. 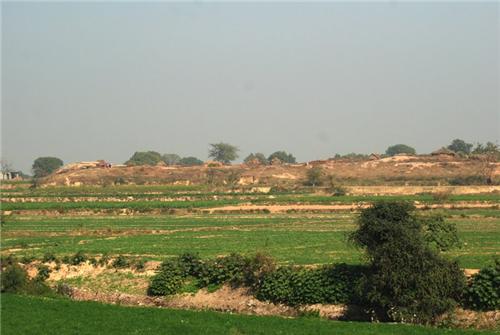 After the decline of Barn-sahar the people of Baranwal community lost their leader and fled away, and in the process got scattered to different parts of the Gangetic plains of India.

During 1192 AD Mohammad Gori, a central Asian ruler attacked India. Qutub-ud-din Aibek, the military commander surrounded Fort Barn and with the aid of traitors killed king Chandrasen Dor eventually taking control of the Barn kingdom. Qutub-ud-din Aibek forced the people of Barn-sahar to adopt Islam and insurgents were brutally murdered, beheaded and their head hanged on the fort minars.

War of Independence in Bulandshahr

Many freedom fighters from Bulandshahr have fought against the imperialism of the British during India’s War of Independence.

During the first War of Independence in 1857 the first alarm of freedom struggle was sounded by the brave nationalist from the Bulandshahr district. The warrior clan of the Gurjaras originating from Dadri and Sikandrabad region of the Bulandshahr district fought against the British and destroyed different buildings such as telegraph offices, inspection bunglows which were symbolic of British rule in India. Subsequently, different government property were robbed and set on fire. On 10th May 1857, during the Revolt of 1857, Pandit Narayan Sharma carried a message of resolution from Aligarh to Bulandshahr.

The ancient ruins found at places Bhatora, Ghalibpur, Veerpur, etc are symbolic of antiquity of Bulandshahr. There are several other important places in the District from where statues of medieval age and objects of ancient temples have been found. Even today several historical and ancients objects such as coins, inscriptions etc. are preserved in Lucknow State Museum.